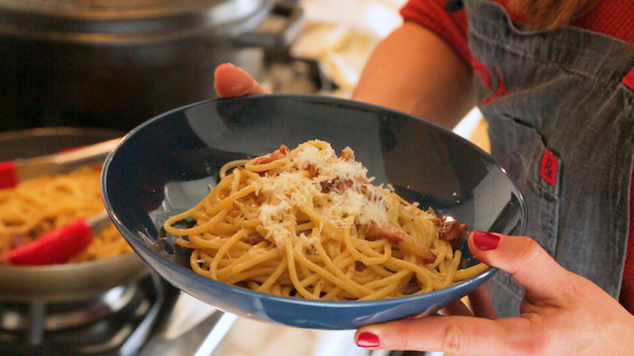 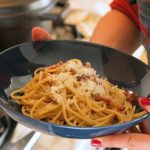 Gricia is sometimes described as carbonara minus the egg, or amatriciana without the tomato, but such descriptions fail to acknowledge that spaghetti alla gricia is a pure and satisfying dish all on its own. It’s likely that some form of gricia came before those of others, introduced by immigrants arriving from the Apennies, and was modified when it reached the Italian capital. In our opinion, you can find the finest incarnation at Armando al Pantheon, a trattoria located a mere hundred feet from the Pantheon. When Armando Gargioli opened this spot in 1961, the tables were filled with the city’s politicians and poets. Today, this audience shares space with hungry tourists, too, who come to one of the few remaining trattorias in central Rome where high standards of quality are maintained. The secret to Armando’s gricia, now dutifully reproduced by his son Claudio, is white wine, which infuses the savory guanciale.